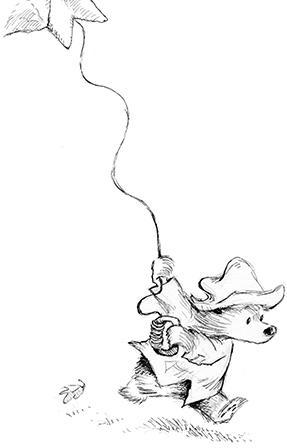 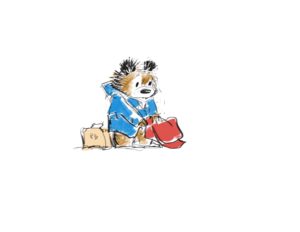 Michael Bond, my friend for 20 years, has passed away. He was a kind, gentle and welcoming man. And, of course, an excellent writer and storyteller. I will greatly miss the happy surprise of reading his manuscript for the latest Paddington adventure and miss the happy weeks spent picturing it. Michael’s gift to the world continues in his many books for children and adults. Thank you, Michael, for this gift. 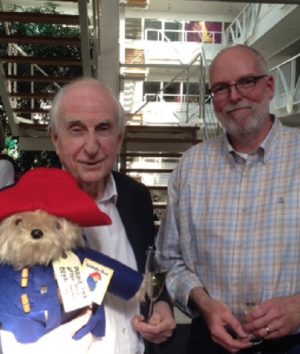 London, 28 June 2017:
It is with great sadness that we announce that Michael Bond, CBE, the creator of one of Britain’s best-loved children’s characters, Paddington, died at home yesterday aged 91 following a short illness. Published by HarperCollins for almost 60 years, Michael was a giant of children’s literature, his first book A Bear Called Paddington was published in 1958. In his long and illustrious career he published over 200 books for children. As well as Paddington, he also created characters including Olga da Polga and A Mouse Called Thursday along with a series of adult novels, featuring the detective Monsieur Pamplemousse. Over 35 million Paddington books have been sold worldwide and enjoyed by generations of children. The books went on to inspire toys, TV programmes and most recently the movie, Paddington produced by David Heyman for Studiocanal, and the second film eagerly awaited later this year. Michael’s latest Paddington novel, Paddington’s Finest Hour, was published in April 2017 by HarperCollins.
Ann-Janine Murtagh, Executive Publisher HarperCollins Children’s Books said: “I feel privileged to have been Michael Bond’s publisher – he was a true gentleman, a bon viveur, the most entertaining company and the most enchanting of writers. He will be forever remembered for his creation of the iconic Paddington, with his duffle coat and wellington boots, which touched my own heart as a child and will live on in the hearts of future generations. My thoughts and love are with his wife, Sue and his children Karen and Anthony.”
Charlie Redmayne, HarperCollins CEO said: ‘Michael Bond was one of the great children’s writers and at HarperCollins we are immensely fortunate to have published him and to have known him. He was a wonderful man and leaves behind one of the great literary legacies of our time.” 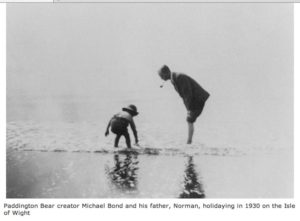 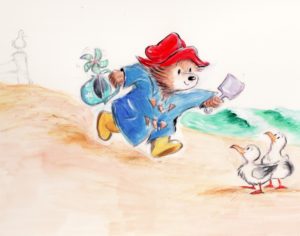 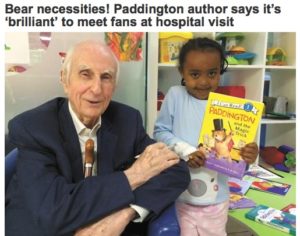 I'll send you an update when I post something new! 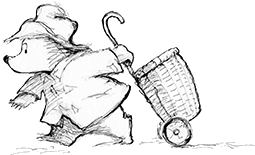